Sprut-SD and its brother, Sprut-SDM1, are unique weapon systems.

From the time of the former Soviet Union, the Airborne Forces had a need for a special type of combat vehicle, the armored anti-tank vehicles capable of airborne amphibious. Russian Naval Infantry also has the need for amphibious combat vehicles. Previously this force was equipped with PT-76 amphibious light tanks, but it is now obsolete and no longer serve in the armed forces.

The main battle tanks can only pass through limited-depth waters with special preparation, while offensive units from the sea are not always capable of landing, and armored vehicles cannot always cross the seabed.

In 1984, a 125mm self-propelled artillery test was carried out on the new chassis. Several Soviet factories and design departments were involved in perfecting this unusual combat vehicle. But, unfortunately, the Soviet Union disintegrated, and Russia’s defense industry fell into a severe crisis in the 1990s.

It was only in the fall of 2005 that the 2S25 Sprut-SD self-propelled tank destroyer was fitted to the Russian army. Since that year, this type of combat vehicle began to be mass produced in Volgograd.

Sprut-SD and its brother, Sprut-SDM1, are unique weapon systems. Although classified by the Russian Army as a self-propelled tank destroyer, in terms of function, the 2S25 Sprut-SD is exactly a light tank. The Sprut-SD is designed to defeat tanks, hard-skinned material and enemy manpower.

Currently, only the Russian army owns light amphibious tanks equipped with the weapons of the main battle tanks. In addition to the ability to parachute from transport aircraft during ground amphibious operations, Sprut-SD can “swim” very well, meeting the requirements of Russian naval infantry.

In the 1980s, the Americans built a similar vehicle, the M8 light tank for paratroopers with a 105 mm cannon. However, the Pentagon was dissatisfied with the vehicle’s inadequate firepower, and efforts to export M8 tanks have failed.

The hull and turret have aluminum alloy casing that can protect the vehicle from bullet sizes ranging from 12.7mm to 23mm. Notable distinctions from the BMD-3 are the armament, the fire control system and the addition of two wheels to each side of the vehicle; which increases the number to seven on each side.

The crew is located at the front of the chassis. The turret and ammunition occupies the middle of the vehicle, while the engine-transmission compartment is towards the rear. The driver has a hatch on the front deck; the commander and gunner have hatches on the turret deck.

In the stowed position, the commander sits to the right of the driver, while the gunner sits to the left. Each crew member has available built-in roof observant instruments with the day and night channels.

Standard equipment includes an electronic NBC protection system to ensure survivability of the crew in case of nuclear fallout.

2S25 is equipped with a 2V-06-2S water cooled diesel engine with a capacity of 510 horsepower and an automatic transmission, the vehicle can accelerate up to 70 km/h on flat road and up to 50 km/h on off-road. It can overcome vertical obstacles as tall as 0.8m and cross 2.8m trenches.

Like many other Russian armored fighting vehicles, the Sprut-SD is completely amphibious and moves with the help of two water jets that allow it to reach a speed of 8 to 10km/h depending on the state of the currents. To increase the buoyancy, wheels are equipped with airtight chambers and powerful water pumps; extracting water from the lower chassis.

The vehicle is sea worthy and can cross water obstacles without preparation in a sea state of up to 3. While waterborne, the 2S25 retains the capability of firing.

Sprut-SD can also use a variety of 125mm shell ammunition for tanks, including armor-piercing shells, high-explosive fragmentation as well as anti-tank guided missiles launched through the barrel. Sprut-SD can carry 40 rounds for the main armament, with 22 ready to use in the autoloader. In case the autoloader is no longer intact, manual loading is possible at the cost of a substantially longer reload time.

A coaxial 7.62 mm PKT machine gun mounted to the left side of the main armament serves as the secondary armament of the 2S25; equipped with one tape of 2000 rounds. Thanks to the fire control system featuring stabilization of the elevation and azimuth, Sprut-SD can launch shells and rockets at any time of the day and night.

It also includes a laser rangefinder and a ballistic computer that provides ever-changing data about the target. On the turret, two banks of three smoke-grenade dischargers are mounted towards the rear on each side of the turret as countermeasures to infrared weapons.

Sprut-SD can be parachuted from a height of 4,000m from IL-76 aircraft, which have crew available without risk of them being dropped or injured. In addition, the vehicle can be transported by Mi-26 heavy helicopter with an external hook, but, in this case, the vehicle cannot be parachuted and without a crew inside.

According to the manufacturer, the 2S25 can also be employed as a light amphibious tank by rapid deployment forces, airborne, marine and special purpose units. With its low weight, it can become essential in mountains and swamps regions, where heavy equipment cannot travel.

The Russian airborne troop has received about 40 Sprut-SD. A Sprut-SDM1 second generation self-propelled tank destroyer based on the BMD-4M chassis was developed. When creating Sprut-SDM1, engineers changed some tactical and technical features but still ensure the consistency of this system. The new version is better equipped with 7.62 mm machine gun remote weapon station, just like on the T-90M tank. It also has a new fire control system that incorporates a thermal imaging viewfinder, target tracker, computer and laser guidance system. 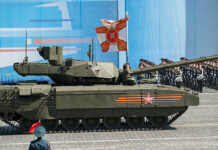 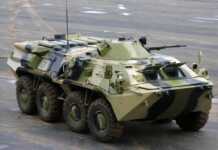 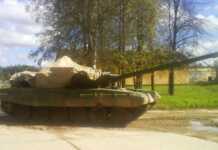 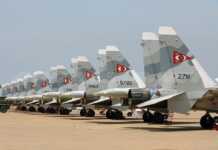 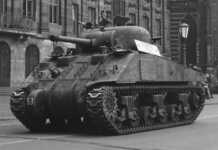 The Most Produced Tanks In World Military History 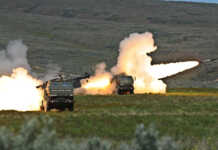 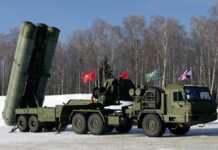 How Will The S-500 Prometheus Help Russia Strengthen Its Defenses? 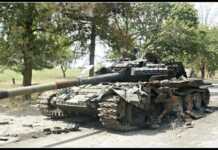 The Russian Military’s Expensive Lesson On The Battlefields Of Chechnya 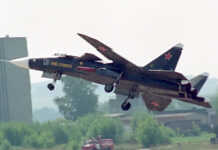 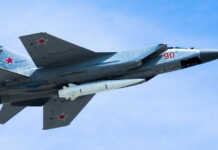 Kinzhal Missiles Are the Major Threat to US Aircraft Carriers 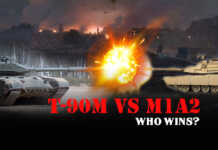 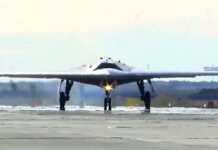 Can the S-70 Okhotnik-B give the Russian Air Force the lead in the future?

Giuseppe Garibaldi – The smallest aircraft carrier in the world

USS Gerald R. Ford CVN-78 – the most expensive aircraft carrier of the US...

Two US aircraft carriers coordinated operations in the Philippine Sea