Nearly 50 years after the end of the Yom Kippur War, if there is a war between the Arab bloc and Israel, will Israel still retain the advantage?

Israel’s only long-range anti-aircraft missile system today is the American Patriot missile system, which is not only extremely limited in range, but also unreliable in combat performance, and has been proven in many cases. It was in February 2018 that a relatively simple Iranian UAV entered Israeli territory, and evaded two rounds of fire from Patriot batteries. It was shot down only later by an Israeli helicopter.

Currently, Israel’s adversaries, such as Egypt, possess a network of multi-layered surface-to-air missiles with high combat capabilities. They can counter Israeli warplanes as well as missile attacks. During the Yom Kippur War, Egypt possessed only short-range air defense systems such as the S-75 and S-125, with ranges of 35km and 45km respectively. But now, modern Egyptian air defense systems, imported from Russia, are capable of protecting at a significantly longer range.

In 2014, Egypt imported the S-300VM air defense system, and full operation by the end of 2017. In addition, these modern Russian air defense systems are present in Iran, Syria, they will pose a significant threat to Israeli warplanes even at extreme long range. The S-300VM is an air defense system capable of shooting down cruise missiles, aircraft and ballistic missiles. It is equipped with advanced electronic warfare countermeasures, capable of posing a significant challenge even to Israel’s world-leading electronic warfare systems. The S-300VM is the most capable system and a game changer for a future conflict on the Sinai Peninsula.

Other Egyptian anti-aircraft weapons include the medium-range BuK and KuB, upgraded variants of the S-125 and S-75, and the short-range Strela and Tor. They provide the Egyptian air defense with a multi-layered defense system that complements the S-300VM. Although Israel has a significantly more capable Air Force, Israel’s air defense missile network compared to Egypt’s is not entirely superior. During the Yom Kippur War of 1973, the Egyptian air defenses could only cover the western part of the Sinai Peninsula; Now, it has completely covered the peninsula.

The key to Israel’s victory over Egypt in the Yom Kippur War was the separation of Egyptian ground forces from air defenses; But now it will be more difficult. The Egyptian Air Force is now supplemented with modern fighters such as F-16, MiG-29M, Su-35 and Rafale. They are comparable in features to all existing Israeli fighters, with the exception of the F-35.

Israel’s biggest advantage today is its F-35 stealth fighters, which can attack and destroy ballistic missile sites or airports in Egypt. But with many ballistic missiles, Egypt can completely eliminate Israeli airfields. Remember, during the Gulf War of 1991, despite the obvious superiority, the US Air Force and its allies had a hard time getting rid of the Iraqi Scud missile launchers. So if a war broke out, Israel would hardly have the advantage it had in the Yom Kippur War of 1973.

Chinook Helicopters Are Good For The Philippines?

South Korean Tank Is The Number 1 In The World?

Russia’s MBT Much Lower And Smaller Than The West: Why?

The Rise of the Pakistan Air Force: The Chinese Hand 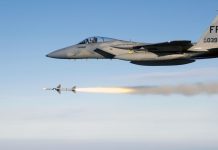 Extended Range For F-15EX: Outperform Any US Fighter

What Inventions In WW1 Have Changed The Warfare Doctrine Forever?

M9 Half-Track: A Star of the combined Truck and Tracked Vehicle Concept

2S22 Bohdana – How powerful is the 155mm self-propelled howitzer of...