Military-wiki
Advertising To Maintain The Site

Many people think that Iran has just given Washington a “pain” when all five of its oil tankers crossed the Atlantic, right in front of many US warships, delivering to Venezuela successfully.

Iranian oil tanker to Venezuela, “a straight slap” into the US

On June 1, 2020, an Iranian tanker, named Clavel, the last of five ships that entered the exclusive economic zone (EEZ) of Venezuela. The modern Venezuelan warships and fighters escorted the convoy to safety. Earlier, the Fortune oil tanker, the pioneer, had released all the fuel in the cabin and departed for the country. If nothing changes, it is expected that on June 7, this Iranian oil tanker will return home.

Thus, all five Iranian oil tankers have completed special missions to Venezuela. The South American country, which has the largest oil reserves in the world, is facing a very serious fuel crisis.

The valuable fuel tanks from Iran were warmly welcomed, showing their appreciation. The Venezuelan army not only mobilizes modern warship and aircraft forces to escort, but also serves as a ritual to welcome a visit to the head of state. Five Su-30MK2 and F-16 fighters of the Venezuelan Air Force flew in a beautiful parade formation right on the tanker, and even close to the deck to greet.

There are paragraphs: “the transfer of fuel to besieged Venezuela is more proof that the policy of siege is collapsing”, and this is a “smack in the face for the administration of Donald Trump.”

Earlier, the United States had threatened to intercept Iranian oil tankers. In response Tehran threatened to retaliate against US oil tankers in the Persian Gulf if Washington took any action with Iranian tankers en route to Venezuela.

In fact, along the route from Iran, through the Suez Canal, across the Mediterranean Sea, across the Strait of Gibralta and then turn into the Atlantic Ocean to Venezuela. No American warships prevented or acted provocatively against these oil tankers.

Iran will not stop

After the Iranian oil tankers arrived safely in Venezuela, the Iranian Foreign Ministry spokesman, Abbas Mousavi, declared that Tehran would be ready to send more fuel tankers to Venezuela if Caracas requested it. He said:

“If Venezuela makes a new request for (fuel) shipments, new shipments will be sent.”
“Iran deems it a natural right to defend its interests even in faraway places.”

At the same time, he warned that Iran would be ready to respond if the US intercepted the oil tankers that had just completed their mission in Venezuela on the way home.

Fears of military clashes between Washington and Tehran did not eventually occur. The Iranian oil tankers finally arrived in Venezuela without any obstacles from the US Navy. It seems that this makes Iran more confident that the US will not act with its tankers, so they are not expected to stop.

However, observers say that everything is limited, “don’t play with edged tools”. If Iran does not know where is the red line, it is likely that Washington will take action.

Once Washington gets angry, chances are it will be out of control. It would be a mistake to assume that President Trump would accept to be in a weak position, especially with an action that is likened to Tehran carrying tensions close to the US gateway.

It is possible that the return journey of the above five Iranian oil tankers will not encounter any problems from the US Navy. But it is likely that they will take action if Tehran continues with the next delivery.

Venezuela’s thirst for fuel has been temporarily eased, but the amount of oil that five Iranian tankers carried only met the South American nation’s needs for a few weeks. Later, if their refineries are not operational again, they may be begging for Iran again. At that time, no one could predict anything.

However, the US is intensifying sanctions on both Iran and Venezuela after the “embarrassing” oil deal, and it will seek to exert pressure on other powers, to strangle Iran to a greater extent.

The tense confrontation between the US and Iran is still ahead. As long as one side cannot keep the cold head, crossing the red line or enduring threshold of the other party, it is likely that the worst situation will happen.

The whole world, of course, will not like this, the raging Covid pandemic is more than enough, do not have any more disturbance! 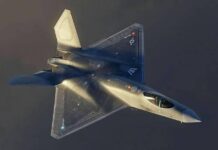 Appreciated than the F-22 raptor, but the YF-23 Black Widow II was not the one of choice. Why? 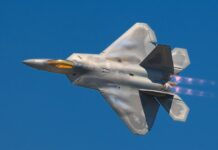 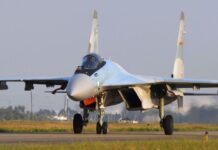 Why China needs Russian Su-35s if it has successfully develop 5th generation fighters J-20 or J-31? 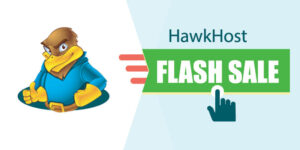 The S-400 did something unbelievable, proving that Russia has no rival in the ability...

USS Abraham Lincoln CVN-72 – How Powerful The US Supercarrier?

ARA Drummond – The lead ship of the Drummond-class of the...