For the Indonesian Navy, the launch of KRI I Gusti Ngurah Rai is considered a motivation to be proud of.

KRI I Gusti Ngurah Rai, one of the latest guided-missile frigates of the Indonesian Navy. With the hull number 332, this is the second Martadinata-class frigate,  of the Netherlands-designed Sigma family of modular naval vessels. Named after Lieutenant Colonel I Gusti Ngurah Rai, an Indonesian National Hero who commanded Indonesian forces in Bali against the Dutch during the Indonesian War of Independence. He was killed in the Battle of Margarana. The latest weapon in the Indonesian Navy is commanded by Marine Colonel Henry Ballo, who stated that the warship is equipped with the most sophisticated weapons, from surface-to-air to underwater combat.

The hull is designed in a trendy X-form, angular lines optimized for stealth, the Sigma 10514 family ship is one of the most beautiful frigates in existence today. I Gusti Ngurah Rai’s hull structure is made using grade AH36 shipbuilding steel.

The frigate can accommodate a crew of 120, and it can hold a 10-tonne helicopter like Eurocopter AS565 Panther on its flight deck with astern fuelling capabilities during day and night, it also has a full service hangar. It can carry two rigid hulled inflatable boats for patrol and transport operations.

This warship is considered the most sophisticated weapon of the Indonesian Navy, she is capable of four-dimensional combat at the same time, which is the combat ability on the sea-surface, anti-submarine warfare, combat against aerial threats and electronic warfare. Another subtlety of this ship is that she has the ability to hijack the weapons system and control the enemy warship.

The KRI I Gusti Ngurah Rai stealth capability was strengthened by a number of weapons, including the main cannon of Oto Melara 76mm super rapid-gun. Then there is the Exocet MM40 Block 3 surface-to-surface missile whose range is up to 200 kilometers.

Another weapon is the two triple Eurotorp B515 torpedo launchers are provided for anti-submarine warfare, the Rheinmetall Defence Millennium 35 mm close-in weapon system, and a 12-cell vertical launch system that can deploy the MBDA VL-MICA surface-to-air missiles.

Its countermeasure capabilities include two decoys or chaff, electronic support measures, and electronic countermeasures. This warship is able to master all types of battlefields in various weather.

The onboard Tacticos combat management system designed by Thales integrates the ship’s sensors, weapons and other equipment to provide real-time situational awareness. The frigate’s nautical equipment includes two radars, global maritime distress and safety system A3 and a reference gyro.

For the Indonesian Navy, the launch of KRI I Gusti Ngurah Rai is considered a motivation to be proud of, it demonstrates the country’s commitment to building a powerful navy. 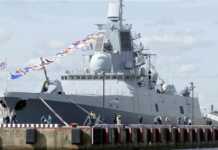 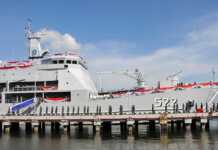 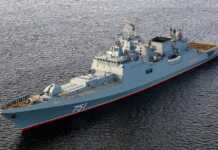 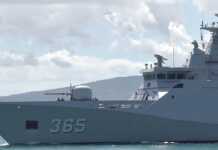 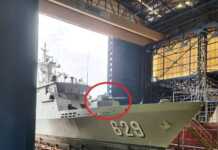 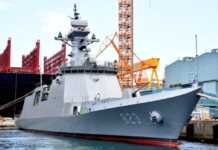 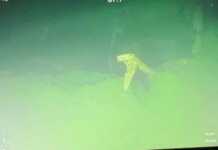 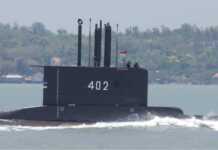 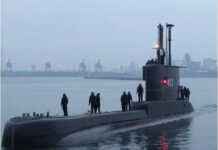 KRI Nanggala 402 – The Power Of The Missing Indonesian Submarine 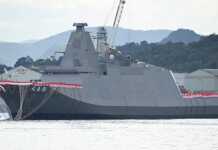 Mogami-Class Frigate – New Power For The Japanese, And Indonesian Navies 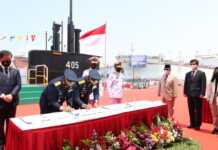 Super! With KRI Alugoro, Indonesia Is The First Country In Southeast Asia To Assemble Submarines 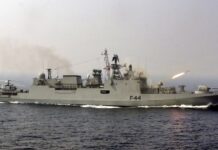 Talwar Class Frigate – The Fearsome Hunter of the Indian Navy

The US is Turning the F-15 into a True Workhorse in “Agile Combat Employment”...

INS Viraat R22 – The once glorious flagship of the Indian Navy