The Mi-8 variants have gained the admiration of many helicopter manufacturers around the world for their superior flying ability, high reliability

More than a half century has passed since its first takeoff, the legendary Mil Mi-8 multi-role helicopter has not shown signs of being allowed to retire after so many years of active service. The Mil Mi-8, also known as the HIP, is a medium twin-turbine helicopter, developed by the Mil Moscow Helicopter Plant in the late 1950s of the last century. At the time, Mil Moscow’s own engineers probably did not think that their “brainchild” would live so long.

The concept of a new helicopter appeared in the late 1950s, to replace the successful Mil Mi-4. The new helicopter was completely redesigned with a newer turbine engine, combined with an all-new enlarged fuselage. On July 2, 1961, the prototype named V-8 had only a single 2,700-horsepower AI-24 Soloviev turboshaft engine made its first public flight on the “Soviet Aviation Day parade”.

Since that day, more than 17,000 Mi-8s and dozens of improved versions, including the Mi-17 export version, have been built continuously at the two plants Kazan and Ulan-Ude. That made the Mi-8 one of the most produced helicopters in the world, and production continues today.

Apart from the Soviet Union, later Russia, Mi-8 helicopters were exported to about 79 countries around the world. It is estimated that there are still about 50 countries in use, and there are signs of a slight increase. There are many pro-American countries that are gradually turning to using Mi-8 and its improved generations. Simple, versatile, reliable and easy to maintain, that’s what people say about the Mi-8 and no one can argue with that.

The Mil Mi-8 design emphasizes its multi-role capabilities. In addition to the most common role as a transport helicopter, the Mi-8 is also used as an airborne command post, armed gunship, and reconnaissance platform. In appearance, the Mil Mi-8 is designed to be quite practical. The 3-men crew, including the pilot, co-pilot and flight engineer, seat in the cockpit at the front.

The cockpit is almost entirely glass, providing great visibility for the crew. Just behind the cockpit is the passenger cabin area. The cabin is spacious, personnel access through side sliding doors. The undercarriage is a fixed tricycle landing gear, two single-wheel at the fuselage and a single two-wheel under the nose.

The empennage of the Mi-8 is set high, featuring a single vertical tail fin, two horizontal planes and a three-blade tail rotor on the starboard side. Later versions of the Mi-8 added a rear ramp to facilitate the loading of military equipment and supplies.

The final version of Mi-8 has finally been equipped with a second engine to increase reliability and improve performance. Two Klimov TV3-117Mt turboshaft engines are mounted above and behind the cockpit, powering the large five-blade main rotor system. Each engine produces 1,950 horsepower.

As a transport helicopter, the Mi-8 can carry up to 24 fully armed soldiers. The empennage can be used to hang light military vehicles and ammunition. Mi-8 can be used for rescue operations on land or at sea with an electric winch. Mi-8 also appears in many other variants.

On the Mi-8TV armed versions, the fuselage of the Mi-8 helicopter is equipped with two additional stub wings with a total of 6 hard points, allowing the deployment of a variety of weapons including 57 mm S-5 rockets, bombs, or 9M17 Phalanga ATGMs and one or two side-mounted PK machine guns.

There are also dozens of other mi-8 versions like VIP transport, electronic warfare, reconnaissance, etc.

Mil Moscow is also developing a next-generation helicopter called the Mi-38, intended to replace Mi-8 and Mi-17, but until then, the Mi-8 will remain in service for a long time.

The Mi-8 variants have gained the admiration of many helicopter manufacturers around the world for their superior flying ability, high reliability, and operability in various weather conditions, as well as easy to operate and maintain. Russian Mi-8s have been exported to more than 100 countries around the world, and set a record of about 100 million flight hours, something that all other helicopters crave.

During decades of operation, the Mi-8 has been involved in dozens of conflicts around the world. Prominent military operators include Russia, Afghanistan, Armenia, Azerbaijan, Turkey, Bangladesh, Bulgaria, Croatia, the Czech Republic, Ethiopia, Georgia, Hungary, India, Iran and Serbia.

Notable operators also include the United States, which featured the type with their 6th Special Operations Squadron for training purposes. However, during its operation, Mi-8 helicopters also had many accidents, including fatal accidents. It can be said that the Mi-8 and Mi-17 are Russia’s “golden helicopters” when they are available around the world. 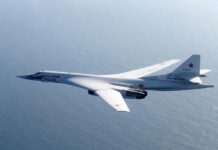 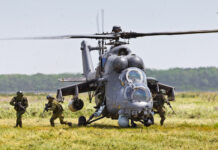 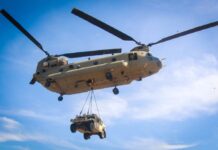 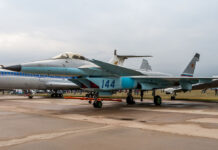 Mikoyan Project 1.44 – This was Russia’s first fifth-generation fighter, the biggest rival of the US F-22 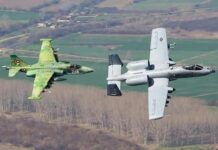 Russian Su-25 and US A-10 – Which is better? – A comprehensive review of “flying tanks” 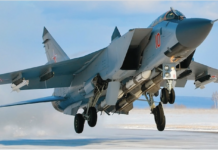 MiG-31 Foxhound – A powerful weapon, guarding the skies of Russia 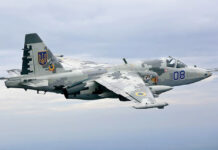 Sukhoi Su-25 – Play a similar role as its direct rival, the A-10 Warthog 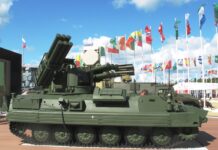 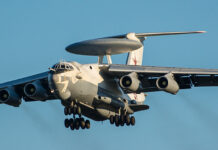 Beriev A-50 – Russia’s AEW&C aircraft, capable of commanding and controlling all air operations 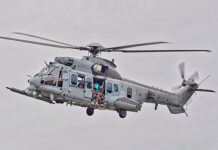 Eurocopter EC725 – How fearsome is the Caracal multitasking helicopter? 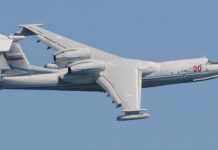 Beriev A-40 – What’s the purpose for the largest amphibious aircraft that will enter service in the early 2020s? 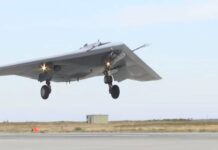 Iver Huitfeldt Frigate – The formidable Warship From the Royal Danish...