The MRH-90 Taipan is operated by the Australian Navy and Army. The multi-role aircraft can be deployed to execute missions including troop transport, counter-terrorism, search-and-rescue, medical evacuation and special operations.

The legendary UH-1 Iroquois helicopter for decades has been the backbone of the Australian royal air force in many roles including troop transport, medevac and Bushranger gunships for armed support. UH-1’s mission ended and the replacement was chosen by the Australian army as MRH-90 Taipan, a modern product based on NHindustries’s NH90 series.

The NH90 is a medium-sized, twin-engine, multi-role military helicopter, was developed and is manufactured by NHIndustries, a collaborative company, which is owned by Airbus Helicopters, Leonardo and Fokker Aerostructures. It was developed in response to NATO requirements for a battlefield helicopter which would also be capable of being operated in naval environments.

This famous helicopter line has seen service in many national military such as France, Italy, Finland and Germany. And now the Australian Ministry of Defense has confirmed the receipt of all 47 NH-90 helicopters, known locally as MRH-90 Taipan – According to Jane’s 360. MRH means Multi-Role Helicopter.

Australian army orders began in 2005 with 12 aircraft ordered to replace their aging UH-1 fleet. In 2006 the Australian Defense Force ordered an additional 34 MRH-90s to replace their UH-60 Black Hawk and Westland Sea King helicopters. Total order were 46 units, four being manufactured in Europe, and 42 being manufactured locally by Australian Aerospace in Brisbane. Due to delays and technical errors in production, Australia received an additional helicopter, with a total of 47. The contract was reported to have been completed by early 2019.

The MRH-90 Taipan is operated by the Australian Navy and Army. The multi-role aircraft can be deployed to execute missions including troop transport, counter-terrorism, search-and-rescue, medical evacuation and special operations. It incorporates built-in safety features and offers enhanced manoeuvrability.

MRH-90 is rated by military experts as the most advanced tactical troop transport helicopter of the 21st Century. The MRH-90 featured an advanced composite airframe, designed for ballistic tolerance, a high level of crashworthiness, lower weight, and 30 per cent greater endurance than a metallic counterpart.

The helicopter is 16.13m long and 5.23m high and has an empty weight of 6,400kg and a maximum take-off weight of 10,600kg. It is capable of conducting missions under difficult weather conditions.

The unobstructed main cabin area is entered either by large sliding doors on either side of the fuselage or via a rear ramp, the cabin is designed to accommodate modular equipment packages to enable the rotorcraft to be rapidly reconfigured, providing for operational flexibility.

In a troop-transport capacity, the cabin can accommodate up to 20 fully equipped soldiers, or up to 12 stretchers in a medical evacuation role, some light vehicles may also be transported; the main cabin is equipped with environmental control systems and sound proofing measures to improve passenger conditions.

The MRH-90 Taipan helicopter features a full glass cockpit at the forward section of the fuselage. The cockpit incorporates an instrument panel with five colour multifunction displays to display the data related to flight, mission, systems and maintenance. The cockpit is arranged with two crashworthy seats for pilot and co-pilot and a foldable crashworthy jump seat for an additional crew member.

The MRH-90 is the first helicopter in the world to be equipped with full fly-by-wire flight controls. A four-axis autopilot is also integrated with the fly-by-wire system, as are mission and navigation systems to enable greater autonomy during operations and to reduce pilot workload.

Power is provided by a pair of Rolls-Royce Turbomeca RTM322 engine, which generate an output power of 2,230 shalf horsepower each. This powerful engine incorporates a four-bladed main rotor and a high-position tail rotor helped the helicopter can fly at a maximum speed of 300km/h and has a range of 800km. It can operate at a service ceiling of 20,000ft and can climb at a rate of 8m per second.

The exhaust gases from the engines are filtered through an infrared suppression system for decreased sensory visibility. According to Airbus Helicopters, the MRH-90 possesses the lowest radar signature in its class, principally due to its diamond-shaped composite fuselage.

The tricycle type retractable landing gear features two single-tire main units to retract into the centre fuselage as well as a twin-wheel nose unit to pull back into the forward fuselage. 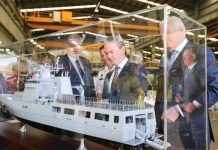 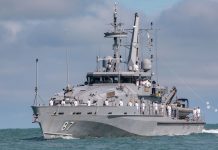 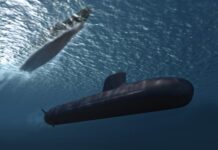 Why Is Australia So Determined To Join The Nuclear Submarine Club? 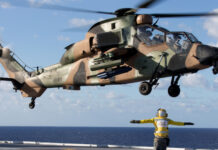 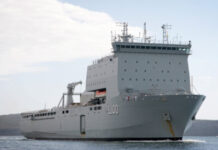 Why did Australia Treat F-111 Veterans so Badly? 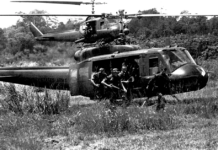 Americans in Vietnam – US Helicopters Used in the Vietnam War 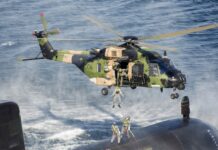 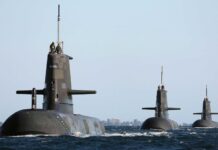 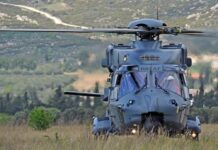 Does Iran also have aircraft carriers?

Not China, JAPAN is the MOST powerful air force in Asia

Fatal Weakness of the US M1 Abrams Main Battle Tank