The power of Shivalik-class frigates is a combination of weapons systems from Russia, Italy, Israel, and India.

If Type-052C-class destroyers are considered the mainstay of the Chinese Navy, India’s Shivalik class is a formidable counterweight. Although classified as frigates, with the displacement of 6,200 tons and the firepower it carries, the Indian warships can match destroyers.

The Shivalik-class, also known as Project 17 class, is a stealth-capable multi-role frigate project, equipped with advanced electronics and weapons. These ships will serve as the core forces of the Indian Navy in the first half of the 21st century. The project was approved by the Indian Government in 1997. The construction of new ships was carried out from 2001 to 2010.

As such, both the projects of developing key warships of China and India have the same deployment time. However, it took China only two years to complete the first Type-052C destroyer. Meanwhile, India took nearly 10 years to put the first ship of this class into operation, the lead ship INS Shivalik F47. There are also doubts about the quality of Chinese warships, due to the country’s fast shipbuilding speed.

On the Indian side, the project’s delay was due to the Russian partner delaying the delivery of high-strength D-40S steel. Besides, Indian engineers had to modify the weapons design on board to suit the new situation. In addition, the project also has some legal issues with the US related to some equipment used on board.

Despite being behind schedule, Shivalik is considered a class with stealth capabilities, modern multi-functional electronic systems, powerful defense weapons systems. However, like other Indian military projects, only 3 were completed due to delays. The lead ship INS Shivalik F47 was commissioned in April 2010, followed by the INS Satpura F48 and INS Sahyadri F49 in 2011 and 2012, respectively.

A special feature of Project 17 is that the entire aerodynamic shape of the ships is researched and designed by Indian Navy engineers. The ships have a very modern design style with high stealth capability, a trend that is prevalent in the development of warships today in the world. It is also seen as a symbol of self-development of military technology with India’s domestic potential.

The Shivalik-class frigates have a length of 142.5 m (468 ft) overall, a beam of 16.9 m (55 ft) and a draft of 4.5 m (15 ft), crew of 257 personnel including 35 officers. In addition to structural design, thermal, and acoustic stealth features make them less detectable to the enemy. Radar systems and engines have been modified to reduce and avoid detection and noise levels.

The stealth capabilities of the Shivalik-class frigates are rated on par with those of the Swedish Visby-class corvette and French La Fayette-class frigate. Shivalik’s infrared signature is even lower than the two types of warships mentioned above.

The propulsion system gives a maximum speed of 32 knots and 22 knots with diesel engines in fuel economy mode.

In terms of electronics and sensors, While China has chosen to copy unlicensed electronic systems and weapons of foreign countries to accelerate the modernization of military equipment, India has chosen to either buy or make it under license. This leads to delays and costly but in return the quality of these systems is comparable to that of technology transfer nations, and of course outperforms similar systems in China. The electronic system on the Shivalik-class frigates is considered the world’s leading modern. The vessels use a combination of electronic systems between Russia, India and the West.

The power of Shivalik-class frigates is a combination of weapons systems from Russia, Italy, Israel, and India. These included an Italian-made Oto Melara 76mm gunboat. This type of super rapid gun has an average rate of fire from 85 to 120 rounds per minute. Shtil-1 multi-channel medium range missiles with a range of 30km, arranged in front of the bow, a number of 24 missiles.

The Shivalik-class frigates possesses another type of close-range weapon, the Barak 1 surface-to-air missile system provided by Israel. The missiles are contained in 32 cells Vertical launching system. Barak 1 can intercept targets from 500 meters to 12 km and quickly destroy at supersonic speed Mach 2.1.

The ships are equipped with two AK-630 close-in weapon systems, a naval gun model researched and developed by the Soviet Union in the 1960s. The AK-630 has a very high rate of fire, up to 5000 rounds per minute.

Another weapon system is also of Soviet origin, the two RBU-6000 anti-submarine rocket launchers, with 12 barrels each. The 12 launchers on the RBU-6000 are arranged in horseshoe shapes and the fire is controlled by the Burya system.

In particular, Shivalik-class frigates have powerful anti-ship capabilities thanks to the vertical launch system with 8 Klub-N anti-ship cruise missiles or 8 BrahMos supersonic anti-ship missiles. With the supersonic speed of BrahMos, most of the defense systems on the warships were rendered useless. 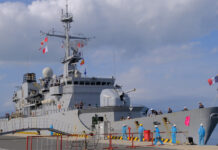 Floréal-class Frigate: The Foundation Class of the Modern French Navy 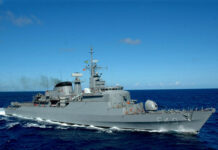 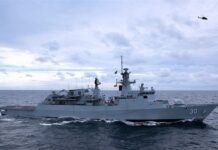 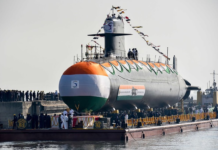 Will The US Sell Nuclear Submarines To India As It Did To Australia? 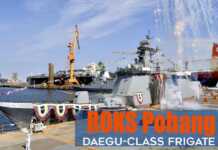 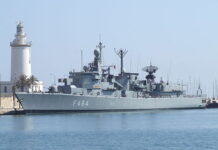 Elli-class Frigate: An Important Part of the Mighty Greek Navy 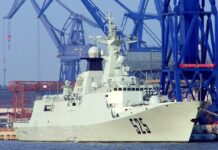 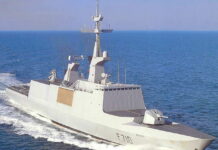 La Fayette-class: The Power of the French Stealth Frigate 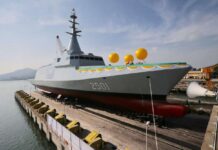 Maharaja Lela-class: Royal Malaysian Navy gets a makeover with a new class of LCS warships 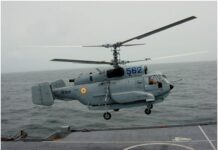 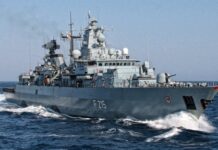 Brandenburg-class: The Naval Arsenal of the German Navy 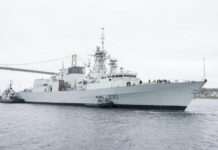 What Inventions In WW1 Have Changed The Warfare Doctrine Forever?

Sejong the Great DDG-991 – The rise of the Korean navy

USS Sioux City LCS-11 – A small, multipurpose warships to operate in the littoral...