On average, each Vietnamese in the war against the US had to endure around 250 kg of bombs.

The amount of bombs dropped by the US on three Indochina countries during the entire Vietnam War was 7.85 million tons, nearly three times the total number of bombs used by the US in World War II. It was equivalent to the destructive power of 250 atomic bombs that the US dropped on Hiroshima and Nagasaki.

On average, each Vietnamese in the war against the US had to endure around 250 kg of bombs. If including bombs and ammunition used on the ground (grenades, mines, artillery shells, explosives…), the US used a total of over 15.35 million tons of bombs and bullets in the Vietnam War.

After the war, Vietnam was one of the countries with the heaviest bomb and mine pollution in the world. Nearly 800,000 tons of unexploded ordnance remained in the ground. It continues to cause accidents, polluting 6.6 million hectares of land (accounting for 20% of Vietnam’s area), costing Vietnam about 100 million USD a year to deal with the consequences of landmines.

The resistance war against the US was a fierce war with a large scale lasting nearly 20 years. This is also the first time, the devastating consequences of weapons of war are shown on live television of developed countries.

In the 81 days and nights of fighting in Quang Tri alone, the international press has reported that the Quang Tri Citadel has suffered 328,000 tons of bombs and bullets. It is equivalent to the destructive power of 7 atomic bombs that the US dropped on Hiroshima and Nagasaki during World War II.

The United States adopted most of the most advanced weapons of the time, including conventional bombs, toxic chemicals, and even considered the use of tactical nuclear weapons.

The People’s Army of Vietnam and the Liberation Army of South Vietnam had fewer soldiers and weapons, while the US military was equipped with the most modern weapons in the world. At its peak in 1968, the US and allied troops had four times as many soldiers as the enemy, and dozens of times more firepower. Even at the end of 1975, when the US withdrew its troops, Saigon’s army was still more than twice stronger in number than its opponent.

In the end, the final victory belonged to the Democratic Republic of Vietnam and the National Front for the Liberation of South Vietnam. This is what leaves many lessons on political and military strategy for later researchers and military generals.

The Democratic Republic of Vietnam was supported by the Soviet Union with some weapons such as MiG-21 and SAM-2 to fight, but these were not the most modern weapons of the Soviet Union at that time. However, the North Vietnamese army invented new tactics, effectively promoting their meager equipment.

US Air Force Chief of Staff Conwell wrote: “Vietnam’s air defense force is the most fearsome and most complete thing that American pilots have ever encountered”. Every time the Americans launched a difficult move by applying new technology to the battlefield, the North Vietnamese used ingenuity to respond.

In 21 years, the United States has mobilized into this war 6.6 million soldiers (accounting for 15% of young men in the United States). At its peak (in 1968-1969), there were 628,000 American troops present on the battlefield, equivalent to the total number of armies of the UK, Spain, Belgium, Canada, and Australia combined.

These soldiers accounted for 70% of the total US army force at that time, with the most skilled divisions such as Air Cavalry, Tropic Lightning, Red Elder, Marines…

In addition, the United States poured money into building an army of South Vietnam, equipped with 1,800 aircraft, 2,000 tanks and armored vehicles, 1,500 cannons, 2 million guns of all kinds, 50,000 military vehicles, hundreds of ships and battle boats.

Currently, there are thousands of victims of toxic chemicals in Vietnam. Half of Vietnam’s rainforests have been destroyed. The US sprayed in South Vietnam 45,260 tons (about 75 million liters) of toxic chemicals. The environmental devastation caused by the US is so great that it gave birth to a new English term “Ecocide”.

Should India Get Rid Of The Arjun Tank?

Why does France not buy F-35 while Europe is very enthusiastic about American Fighter?

Why is the US Air Force concerned about China’s PL-15 missile?

Tejas Vs Hurjet: Who will Malaysia choose? 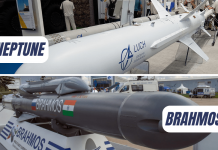 What is the Philippines’ ambition? Two Jose Rizal-class frigates and a host of other projects?

Amazing: Russian dolphin army is being deployed to protect the Black Sea naval base

HNoMS Fridtjof Nansen (F310) – What is your thoughts on the Norwegian’s main surface...

Pandur II – A Powerful Battlefield Taxis Developed By The Austrian